These two topics represent the hurdles that states are trying to overcome in an effort to collect sales tax from in state consumers buying goods tax free from out of state vendors.

At their heart, sales and use tax nexus provisions are steeped in Constitutional and Judicial law that has stemmed largely from the US Supreme Court’s ruling in Quill v. North Dakota that in order for an out of state seller to be liable to collect sales or use from in state buyers, that seller must have “substantial physical presence” with the state in question. Since 1992, states have accepted that this is how nexus policy should be developed.

As things tend to do after almost 15 years of being considered the “gold standard”, the Quill decision has gone stale. States complain that it does not address the current boom in online shopping. Businesses complain that it does not provide enough definition to tell them when they have nexus with a state and when they don’t. And shoppers? Well, they held captive in most cases between sellers, who assert that they don’t have responsibility to collect, and states, who demand that, once a year, consumers remit all the tax that they should have paid but did not.

To address these issues, many states have boldly gone where no state has gone before. They have begun enacting varying provisions that by-pass Quill standards altogether. It all started with New York almost a decade ago going after online retailers that had in state “affiliates” helping them create marketplaces. Judiciary branches upheld that the state’s provisions and since then “affiliate nexus” has become the law of the land, with most states enacting or considering the enactment of similar provisions.

New to the scene is an even more brazen policy that takes nexus one step further: economic nexus. Rather than trying to manufacture a method to make connections between out of state sellers and in state physical presence attributed to them, economic nexus standards throw caution to the wind altogether and blatantly disregard any Constitutional or Judiciary law that contradicts them. So what are these standards? How are they enacted?

One of the more prominent states engaging in this at the moment is Alabama. Law that was enacted in Alabama provides that any out of state seller that has revenue within the state in excess of $250,000 is deemed to have nexus with the state and must collect sales and use tax. Another more recent example is South Dakota where the threshold is lower.

So, you may be asking yourself why is this important to me. Isn’t this unconstitutional and if so, do I not have the right to ignore the provisions and not collect the tax?

Two points: First, I want to draw your attention to low threshold imposed. It’s important to note that with thresholds this low, state law will more than likely apply to most out of state sellers. After all, it’s very easy to exceed $100,000 (a very common number in economic nexus provisions) of in state sales activity in a given year. While big business may have the deep pockets to invest in sales and use tax automation, most small to mid-size businesses do not and will be left in a quandary on how to collect and remit the tax that they now are liable for.

Second, while both the Alabama and South Dakota laws seem to be fast-tracked for a Supreme Court show down (see here for more information) and they are, on face, unconstitutional, the environment that most business operate in has indeed changed since the Quill decision was handed down.  Brick and mortar locations are rapidly becoming a thing of the past for most new businesses; online selling is the way to go.  Either way, a significant portion of any business’s budget is often spent on marketing to online consumers.  Wouldn’t it be safe to say that most, if not all, online sellers are actively engaged in creating a marketplace in most states where they sell?

So, I will conclude with this: be cautious and be educated. The way that states look at out of state sellers is changing. With that change comes a tremendous amount of uncertainty for online sellers operating in a state but not collecting tax there. These businesses are directly in the cross hairs of the various law making activity and with that a significant amount of risk is being generated for your business. I don’t know about you, but I would not want to be on the wrong side of that risk. 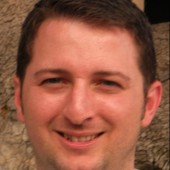 All stories by: Cory Barwick